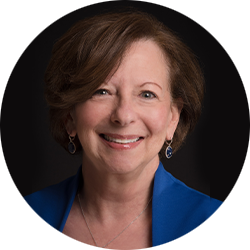 Davida F. Kruger, MSN,APN-BC,BC-ADM, has been a certified nurse practitioner in diabetes for more than 35 years at Henry Ford Health System in Detroit, Michigan. Her role includes both clinical practice and research. She is board certified by the American Nurses Association Credentialing Center in Primary Care and by the American Association of Diabetes Educators in Advanced Diabetes Management. She is past Chair of the American Diabetes Association’s Research Foundation and has served on the American Diabetes Association's Research Policy Committee. She is also past president of Health Care and Education for the ADA. She served as editor of Diabetes Spectrum from 2005-2008. She served as the Editor in Chief of Clinical Diabetes from 2011-2016.

Ms Kruger has been a principal investigator on numerous research projects and has written widely on diabetes care, authoring the book The Diabetes Travel Guide 2nd edition. Her awards include the Florence Nightengale award for excellence in research, the 2014 Clara Ford Award for Nursing Excellence in Research and Education, Wayne State University School of Nursing 2014 Alumna of the year, the 2017 International Diabetes Center Donnell Etzwiler Memorial Award, and numerous awards from the ADA including the Rachmeil Levine Award for Distinguished Service, Award for Outstanding Service in Diabetes Research Funding, Wendell May’s Award and the 2017 Outstanding Educator in Diabetes Award.